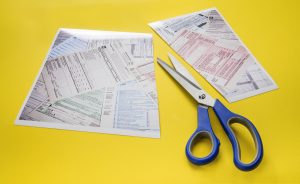 First, right before the holidays, Congress approved another short-term funding bill, funding the government through January 19, 2018.  Congress did fund the Children’s Health Insurance Program through March 31, 2018.  I have previously blogged on the importance of funding that program.  More on that as we head to March.

The final version of the tax bill repealed the penalty for not having health insurance (“the individual mandate”) that was an important part of the Affordable Care Act.  The structure of providing low-cost, affordable and portable healthcare available to all Americans depended on everyone — young and healthy alike — purchasing healthcare.  Not only does this control costs for the consumer and risks to the insurance provider, but it reduces the number of uninsured Americans.  Sure, many healthy young adults balked at the mandate.  But since even these individuals cannot rule out getting hit by a bus or injured in an accident, it was hardly an onerous federal regulation.

But Congress eliminated it so there you have it.  According to the National Budget Office, the repeal of the individual mandate will cause 13 million fewer people to be insured by 2027.  Some people will elect not to purchase coverage and some will not be able to afford coverage.

Although it did not cut programs directly, the tax bill is projected to increase the deficit by at least $1 trillion dollars over the next 10 years.  An increase in the deficit could trigger automatic cuts to many programs that provide food, shelter and healthcare to needy individuals.  A 2010 law referred to as “PAYGO” requires that any legislation that reduces revenues (like tax reform) must pay for itself so it does not increase the budget deficit.  The biggest program that would be cut by PAYGO is Medicare.  While Medicare cuts are limited to 4 percent, other programs could be reduced to zero.  PAYGO would not reduce Medicaid, Social Security or SSI.

Naturally, disability and healthcare advocates such as myself are concerned that Congress will use the deficit as a reason to cut programs that provide basic economic support to people with disabilities and the poor.  Anyway, enjoy the tax cut.  It is good through 2027 for most Americans.