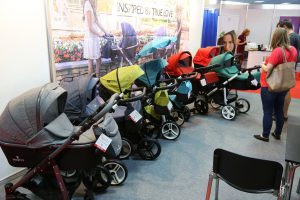 The Net pundits have been predicting a baby boom post the Covid -19 pandemic, based on the millions who sheltered in place in March and April. There’s even a name given to the supposedly mass hordes of babies that will be born post the crisis – the Coronials. Jokes apart, none of this is likely to happen. In fact, there’s actually likely to be a dip in the birth rate, and that should be a concern for Americans.

History shows that during times of economic crisis, birth rates actually drop, not rise. During the Great Depression and the Great Recession, as unemployment skyrocketed, couples decided to postpone having kids. According to the Pew Research Centre, birth rates actually declined after the start of the Great Recession, following a long period of high birth rates. Besides, the Covid-19 pandemic also represents a public health crisis, hardly the time you want to plan a major medical event, like a pregnancy.

In fact, things are going to seem insecure for a while, and making babies will be the last thing on most people’s minds. That is generally bad news for Social Security. The Social Security System is based heavily on people and future generations paying payroll taxes into the system to keep it going. When birth rates fall, there are fewer people in the future paying taxes into the system, and funding the retirement, disability and other benefits the Social Security Administration pays to millions of Americans every year. The fewer babies born now, the fewer adults will be paying into the Social Security system, a couple of decades from now, placing even more stress on an already underfunded system.