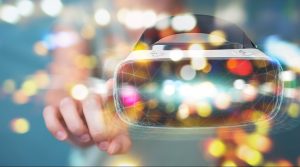 According to clinical psychologists, who are currently experimenting with the use of virtual reality to treat different forms of psychosis like schizophrenia, this is a very safe method to use in patients who suffer from psychosis. Patients do not report worsening of symptoms, like hallucinations and delusions, and there is no adverse data, like an increase in hospital admission numbers, associated with the use of virtual reality therapy.

Doctors have been using virtual reality techniques on patients, especially those who have suffered from the condition for a long time.  In one study, patients engaged in cognitive training in which they were required to make their way through a seascape, avoiding dangers, like sharks in the water. The researchers found that patients who underwent such treatment actually showed higher overall cognitive scores compared to patients who received typical treatment at a facility.