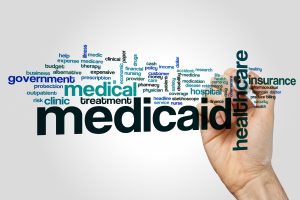 Matt Bevin, Governor of Kentucky, announced his plans to require all Kentucky residents who receive Medicaid to meet work requirements.  Following that decision, the ACLU filed a constitutional law suit.  However, shortly after the Governor’s announcements, a federal judge struck the regulations down, stating that they were “arbitrary and capricious”.

This issue is very important to many Americans.  In April 2018, 67.3 million people  were covered by Medicaid—making it the single largest source of health coverage in the United States. Mandatory eligibility groups for Medicaid  include low-income families, qualified pregnant woman and children, and individuals receiving Supplemental Security Income (SSI).

In Georgia, the basic eligibility criteria for Medicaid requires you to be living in a low-income household. This varies based on the number of people in a household and whether the household includes medically needy parents and children under age 19. The 2018 chart breaking down the maximum income level to be eligible for Medicaid can be found here.     In addition to meeting the financial limits, applicants in Georgia must also meet one of the following descriptions in order to be eligible for Medicaid: