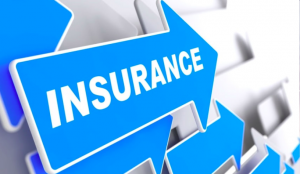 In 2017, Georgia was one of 14 states to have a higher uninsured rate than that of 2016.  The rate fell in only 3 states, in California, New York, and Louisiana. However, one key southeastern state, Kentucky, gives important indications on the expansion of Medicaid’s impact on uninsured rates. Kentucky was one of the few southeastern states that opted to expand its Medicaid program under the Affordable Care Act (ACA). Kentucky’s uninsured rate sharply dropper from 14.3% in 2013—the year before the ACA expansion—to 5.4% in 2017. Georgia leaders decided not to expand its state’s Medicaid program like Kentucky did, claiming this would be too costly.

Those supporting the ACA have argued that this data clearly shows the effectiveness of the act, despite attacks on it by congressional Republicans. Judith Solomon, a senior fellow at the Center on Budget and Policy Priorities, asserted that the data show the “resilience” of the ACA and the lack of progress in insuring Americans. However, those opposed to the ACA argued that this data shows the inherent flaws in the act. Marie Fishpaw and Doug Bader, of the Heritage Foundation, argued that the ACA is impeding progress on increasing health care access, “despite a growing economy and very low unemployment rate.” These conflicting opinions emphasize the complexity of this issue and the importance of engaging in meaningful dialogue on their implications in our lives.