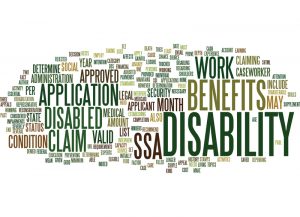 Women are likely to be at risk for a variety of health conditions, especially as they get older. Fortunately, many conditions that are often faced by women are now covered by benefits under the Social Security Disability Insurance (SSDI) program. For instance, cervical and ovarian cancer often require patients to seek disability benefits as the disease progresses and makes it impossible for them to continue working. Ovarian cancer affects one out of every 78 women and is more likely for women over the age of 60. Cervical cancer is one of the most common cancers affecting women, and the American Cancer Society predicts that more than 4,000 women will die of cervical cancer in 2019. It is most likely to affect women between the ages of 35 and 44. The number of women dying from cervical cancer has dropped since pap smear tests became more common, leading to earlier diagnoses.

Turner syndrome is another condition that affects only females, characterized by several physical abnormalities. The condition can also be accompanied by heart conditions, hearing problems, and some level of intellectual disability too. Women with Turner’s syndrome may also be at a higher risk of osteoarthritis.

Rett Syndrome is a genetic disorder that affects only females. The condition is characterized by physical features like smaller limbs, mental impairment, impaired speech, and seizures. A child with Rett Syndrome can qualify for Social Security disability benefits under the Compassionate Allowances program, which allows for expedited processing of claims.