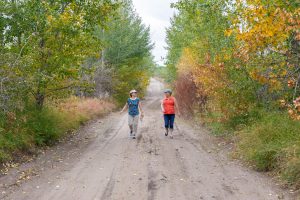 Yesterday the Regional Counsel’s office for the Social Security Administration Office of Hearing Operations invited disability attorneys and disability representatives downtown to its conference room at the federal building to roll out a new program.  As one of colleagues remarked, “this is a one way conversation.”  Nevertheless, anytime, SSA lets me peek behind the screen to see how things work, I am going to be there.  With a grand entrance and rousing cheer for its new program, Centralized Scheduling, SSA tried to get the claimant’s reps and attorneys on board with this initiative.  Cut to the chase, we all know this will not be in our interest.  The hearing offices will be scheduling cases without calling us first.  The burden is now on me to apprise the agency of my conflicts and hope they take that into account so I don’t miss my son’s graduation.  While I won’t miss a graduation, I am not complaining about this program – if that gets more cases scheduled then I will get on board.  I also will not complain that their Power Point presentation took an hour to upload because someone’s laptop was running an update.  While an unnecessary expenditure of time, the crowd was fairly patient.  But here is why I am writing this blog today.  Because underneath the purported rally for serving the public, was the percolating contempt for those of us working to help claimants get their benefits.

If a government program is going to work, it cannot be run by people who have contempt for it.  That’s true of Social Security, the justice system and the White House.   Those of us who showed up yesterday, taking time out of our schedules for the free invite, probably do not need a lecture on our ethical obligations as attorneys.  We do not need another layer of regulations placed on us that serve no purpose; and whose purpose cannot be articulated.  And if yesterday’s crowd started to balk at the presentation, it was probably because the three picture power point seemed to suggest that agency problems will be cured by placing more burdens on the claimant’s attorneys; and a not so veiled suggestion that they are routing out our fraud.

Don’t get me wrong, I don’t like fraud.  We should stamp it out; it ruins the program for good people with legitimate claims.  Although I can count on one hand in the last six years the times I met someone who has trying to scam the system.  But they exist.  Yahoos from Wall Street to Wal-mart will try to scam the system.  Good riddance to all of them.  But you know what else I hate?  I hate when hard-working people fall on hard times due to poor health; lose their jobs; lose their savings; apply for benefits from a disability program they paid into for years and then get kicked to the curb.  I hate the forty-five minute delay times on the SSA 1-800 number.  I hate the local offices that are being closed around the country.  I hate that the offices that remain open are closed at noon on Wednesday and Friday.  I hate that important paperwork that has a 10 day deadline for a return gets mailed out nine days after the printed date on the letter.  I hate that claimants show for consultative exams with SSA contract doctors and no medical records accompany the appointment.  I hate that claimants whose cases meet medical listings get denied on the initial application.  I hate that claimants who meet compassionate allowance listings get denied on initial applications.   I hate that legitimate cases get denied on reconsideration even when the treating doctors and the consultant SSA doctor agree on the severity of the claimant’s condition.  I hate that the wait times for hearings in Georgia have run between 12 and 15 months.  I hate that after a hearing, some judges take over 90 days to issue a decision (and that is even for cases that met a Dire Need request).   I hate that the Payment Office can take over three months to issue payment to the claimant after they finally get a Favorable Decision.  Here is one I really hate, I hate that the Payment Office routinely forgets to pay my fee.  I hate that it will take 9 months of my letter-writing appeals to the Payment Office to finally release it.

Lest you think my complaints are all generalized, here are a few specifics from 2018:

I have learned a lot in the years I have worked solely as disability attorney.  I have seen clients show immense patience, gratitude and courage.  I have seen judges express compassion and respect.  I have seen front line service workers go the extra mile.  I have seen a lot and I do appreciate all the good work this agency was designed to do and actually does perform.  But it can do better.  Sure, rout out the fraudsters, the scammers, and the bad attorneys.  Good riddance all.  But I’d also like to see some bad judges get counseled out the door.  Kick out anyone who does not believe in the merit of this program’s right to exist. Kick out anyone who thinks people who rely on public benefits; don’t speak English as a first language; or who don’t have a place to call home; don’t deserve a modicum of respect.  Kick out anyone who believes that government works best when it does the least.   Send them packing and let’s get back to doing good work for people that deserve it.  And please, stop voting for people to run government that don’t believe in the government’s mission.

The truth is that in life (to borrow a favorite quote of mine) we are all just walking each other home.  Let’s take better care of one another.  To a better year for all in 2019.