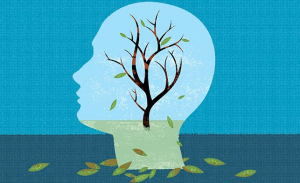 Early onset dementia or Alzheimer’s is a relatively rare type of dementia that typically strikes people below the age of 65. Approximately 5% of people currently diagnosed with dementia in the United States are believed to be suffering from early onset dementia. In most cases of early onset dementia, symptoms begin when the person is in his 40s or 60s. It’s not clear why some people develop symptoms so much earlier than others. Obviously, symptoms like forgetfulness, memory loss, and subtle speech changes at a young age can be very traumatic and confusing. Going to work can be an overwhelming affair because of the frequent disruptions caused by memory loss and cognitive malfunctioning.

Fortunately, the Social Security Administration (SSA) has added early onset dementia to the list of programs covered under its Compassionate Allowances program. Filing under the Compassionate Allowances program can be very beneficial to someone suffering from early onset dementia because so many of these claims are rejected initially based on the person’s age. This can also allow for expedited processing.

If your loved one is showing signs of forgetfulness or language difficulties, don’t automatically attribute these to the aging process. A neurologist will use blood tests, brain imaging, and other tests to diagnose early onset dementia.

For questions about how you can apply for Social Security disability benefits for your loved one with early onset dementia, contact this law firm.