The increased number of administrative law judges who are now available to hear Social Security disability hearings will definitely have an impact on the speed with which claims can be processed. The Social Security Administration is currently dealing with a major backlog of claims, and the average claim can take months to be processed. Increasing the number of judges is just one way in which some of that backlog pressure can be released.

However, it’s far too early to expect any improvement in the speeding up of claims processing. The Social Security Administration’s ability to retain the administrative law judges that it currently has might be hampered by federal budgetary restrictions.

The Social Security Disability Insurance program is meant to provide regular monthly benefits to people who are aged 65 and above. In order to be eligible for disability benefits, you must no longer be working, and must no longer be capable of earning an income because of a severe disability. The medical condition should have lasted for a minimum of 12 months, or should be expected to last for at least 12 months.

Unfortunately, the numbers of people who actually meet the criteria for Social Security disability benefits often find that their claims are delayed, and even denied in some cases. In such cases, it’s important to speak with an attorney about your rights.

Presenting a strong case for disability benefits before an administrative law judge requires more than just knowing the procedures. It requires meticulous preparation, collection of all relevant documents, and careful planning so that you can present a solid case. 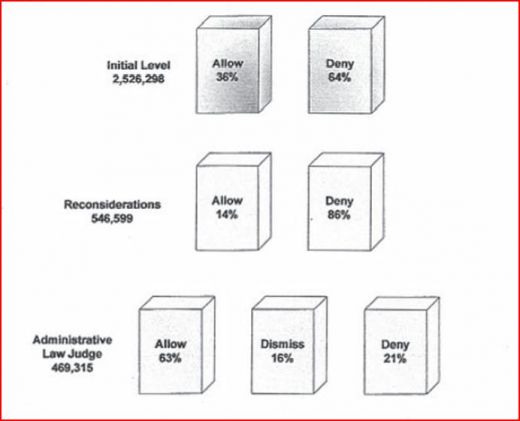