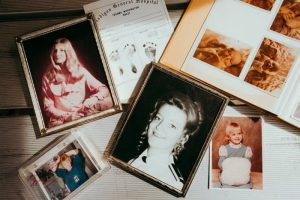 The commission of any woman officer will be terminated with the least practical delay when it is determined that one of the conditions in a or b below exist . . . a. pregnancy … (d) has given birth to a living child while in a commissioner officer status.

[T]he “two sexes are not fungible” and special recognition and favored treatment can constitutionally be afforded women. It is only the “invidious discrimination” or the classification which is “patently arbitrary [and] utterly lacking in rational justification” which is barred by either the “due process” or “equal protection” clauses.  A classification or regulation, on the other hand, “which is reasonable in relation to its subject and is adopted in the interest of the community is due process.”

Struck also argued that the regulation violated her Right to Privacy, a right the court granted under the First, Third and Fourth Amendments.  Struck argued:  Without a substantial showing of necessity, the military should not be constitutionally allowed to invade this most personal and private right of its women officers.   The appellate court “found no merit” in that argument.

Struck pointed out that military regulations allowed her to remain in the military if she “terminated her pregnancy”.  She argued this regulation was against her religious beliefs and that the process violated her Free Exercise of Religion rights.  The appellate court dismissed that claim as well 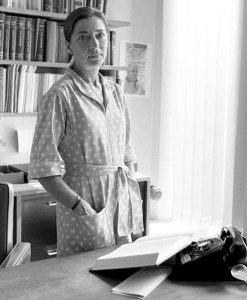 Here the Women’s Rights Project built a case for both gender equality and reproductive freedom.  Struck was penalized for begin pregnant and being unwilling to have an abortion to save her military career.    After Cert was granted by the United States Supreme Court, the military changed its regulation, the discharge proceedings were dropped, and Susan Struck was allowed to stay in the military.  Captain Struck also became the first member of the US armed forces to give birth.

Ginsburg argued that government regulation of pregnant women was presumptively unconstitutional when it enforced stereotypical roles in which men are the breadwinners and women are the economically dependent caregivers.  Ginsburg described Struck’s discharge for pregnancy as follows:

The central question raised in this case is whether the Air Force, consistent with the equal protection principle inherent in the due process clause of the fifth amendment, may call for immediate discharge of pregnant women officers (whether detection of pregnancy occurs at 8 days or 8 months), unless pregnancy terminates soon after detection, while granting sick leave for all other physical conditions occasioning a period of temporary disability. It is petitioner’s position that this distinction reflects arbitrary notions of woman’s place wholly at odds with contemporary legislative and judicial recognition that individual potential must not be restrained, nor equal opportunity limited, by law-sanctioned stereotypical prejudgments. Captain Struck seeks no favors or special protection. She simply asks to be judged on the basis of her individual capacities and qualifications, and not on the basis of characteristics assumed to typify pregnant women.

Ginsburg also argued that restricting reproductive rights was inherently sexual discrimination as well.  For example, pregnancy was not treated like any other temporary disability such as a broken leg:

Heading the list of arbitrary barriers that have plagued women seeking equal opportunity is disadvantaged treatment based on their unique childbearing function. Until very recent years, jurists have regarded any discrimination in the treatment of pregnant women and mothers as “benignly in their favor.” But in fact, restrictive rules, and particularly discharge for pregnancy rules, operate as “built-in headwinds” that drastically curtail women’s opportunities. Decisions of this Court that span a century have contributed to this anomaly: presumably well-meaning exaltation of woman’s unique role in bearing children has, in effect, restrained women from developing their individual talents and capacities and has impelled them to accept a dependent, subordinate status in society.

She observed in her brief that many women are capable of working through a pregnancy and require only a short period of recovery after giving birth.  Regulations that eliminate employment due to pregnancy actually harm women as they deprive them of their right to work and support themselves.

Secondly, sex-based stereotypes enforce beliefs do not penalize men.  Fathers are allowed to serve in the military, but mothers are not.  She writes:

Men in the Air Force are not constrained to avoid the pleasures and responsibilities of procreation and parenthood,” Captain Struck “was presumed unfit for service under a regulation that declares, without regard to fact, that she fits into the stereotyped vision . . . of the ‘correct’ female response to pregnancy.”

Overall, she urged the court to view pregnancy discrimination as sex discrimination.  Six weeks later, the Supreme Court would rule on Roe vs. Wade.  The Duke Law Journal describes her brief as follows:

The brief is a veritable treasure trove of accurate predictions, subtle insights, and effective advocacy. Among other things, it mentions the possibility of intermediate scrutiny for sex classifications, leaves the door open for “compensatory treatment” of women “in special situations,”underscores the men who have adopted Ginsburg’s position, gently gestures in the direction of the link between sex discrimination and burdensome regulations of abortion, and emphasizes themes of sexual intimacy and privacy, which decades later would find expression in the Court’s dawning recognition of the equal citizenship stature of homosexuals. Throughout the brief, Ginsburg’s distinct and powerful voice is present. For legal academics who care about the development of Justice Ginsburg’s views on sex discrimination, the brief is essential reading.

On a final note, Ginsburg herself had been relieved of a job at the Social Security Administration in 1955 because she was pregnant with her daughter Jane. In 1965, she hid her second pregnancy from her employer, Rutgers University Law School until her contract for the following year was signed.  See Carmon, Knizhnik, Notorious RBG).  Today, women enjoy broad freedoms in the workplace during pregnancy.  What is at risk is whether women will still have a right to make reproductive decisions in the future.