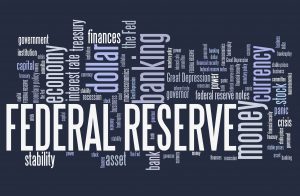 The president’s proposed budget is not very useful for estimating how much money SSA will have for administrative expenditures next fiscal year. Instead, it reflects the administration’s priorities for the next fiscal year. In an election year, the budget also provides insight to the president’s fiscal policy objectives, should he win reelection.  Congress has to pass a spending bill or a continuing resolution before September 30, 2020, and is unlikely to agree on the proposed budget as written.

The proposed budget requests $13.555 billion for SSA. This would be a $475 million increase over the amount Congress provided in Fiscal Year 2020. Since SSA estimates its fixed costs increase by over $300 million per year, an increase of this size could allow SSA to make additional investments. However, the budget proposal provides somewhat limited details of how this money would be spent. The Office of the Inspector General would get an additional $10 million. There would be $15 million less for research and demonstrations. The money required to be used for program integrity would decrease by $7 million, but SSA could still use additional funds for program integrity. The proposal estimates SSA would lose over 700 full-time equivalent staff and DDSs would gain more than 310 staff. This indicates that SSA plans to use increased funding towards the mandated raises for federal employees and for other expenditures, not to increase SSA’s workforce.

The proposed budget also includes several legislative proposals involving Social Security. If they were all made law, they would lead to over $75 billion in cuts to SSI and SSDI over the next 10 years. However, it is extremely unlikely that any of them will become law. Many have been included in several prior budgets and have not been introduced as legislation, let alone moved towards passage. These legislative proposals include:

As noted it is unlikely that any legislative proposal will become law, however we will track and report on any proposed legislation that harms the disability program and the claimant’s ability to obtain representation.