As the seven day mourning period of shiva has ended, I am moving to a remembrance of RBG. Over this thirty day period, I will high-light the case law, in which Ginsburg was an advocate or a jurist, that fundamentally changed the landscape of civil rights and constitutional law.

In reviewing this case, it is helpful to know that in the year prior, Ginsburg lost a gender discrimination case in Kahn vs. Shevin when the court upheld a state statute which conferred a tax benefit on widows, but not widowers, on the ground that the differentiation was reasonably designed to further the state policy of cushioning the financial impact of the death of a spouse upon the sex for which that loss imposes a disproportionate burden. The selection of cases brought to the court during the 1970s shows the methodical approach to creating favorable gender discrimination law. 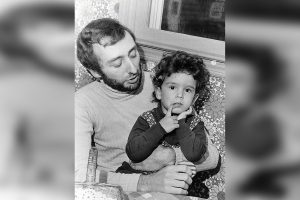 Stephen Wiesenfeld and Paula Polatschek were married on November 15, 1970. Paula, who worked as a teacher for five years before her marriage, continued teaching after her marriage. Each year she worked, maximum social security contributions were deducted from her salary. Paula’s earnings were the couple’s principal source of support during the marriage, being substantially larger than those of her husband.  On June 5, 1972, Paula died in childbirth. Stephen was left with the sole responsibility for the care of their infant son, Jason Paul.

The gender-based distinction mandated by the provisions of the Social Security Act, 42 U.S.C. s 402(g) , that grant survivors’ benefits based on the earnings of a deceased husband and father covered by the Act both to his widow and to the couple’s minor children in her care, but that grant benefits based on the earnings of a covered deceased wife and mother only to the minor children and not to the widower, violates the right to equal protection secured by the Due Process Clause of the Fifth Amendment, since it unjustifiably discriminates against female wage earners required to pay social security taxes by affording them less protection for their survivors than is provided for male wage earners. 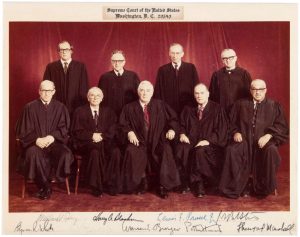 The ultimate effect of the Wiesenfeld decision is that many parts of the Social Security Act and other federal statutes were amended to eliminate differential treatment between men and women.  The precedents crafted by Ginsburg’s selection of cases and her arguments before the court helped move this country to accepting the notion of and implementing gender equality.

On an unrelated note, I am going to pause in this blog retrospective of Ruth Bader Ginsburg for the next two days in order to observe the Jewish holiday of Yom Kippur.