A number of psychological factors can affect the magnitude of upper extremity disability. According to new research that was published recently in the Journal of Bone and Joint Surgery, factors like catastrophic thinking and kinesiophobia (irrational fear of pain as a result of movement) are critical elements in determining the magnitude of such disability.

The researchers analyzed a total of 319 patients who had suffered upper extremity disability. They were looking at the effect of kinesiophobia and perceived partner support on the magnitude of the disability. The survey measured symptoms including depression, anxiety, kinesiophobia, catastrophic thinking as well as the patient’s perceived level of support from a partner or spouse.

The researchers found that the Disabilities of the Arm, Shoulder and Hand, or DASH scores were better for men than women. They also found that the scores were very strongly affected by marital status, diagnosis as well as the person’s employment status. They found a very strong link between DASH scores and depressive symptoms kinesiophobia, catastrophic thinking and pain anxiety.

However, they found no correlation between the DASH scores and perceived partner support. Overall, the researchers found catastrophic thinking and kinesiophobia were the most important predictors of the severity of upper extremity disability.

According to the research, the persistent presence of such psychological factors in determining the magnitude of upper extremity disability suggests that it is important to include these factors in coping strategies. Any treatment program must have a multi-disciplinary approach that includes the mindset of the patient and helps him/her cope with his injury and disability. 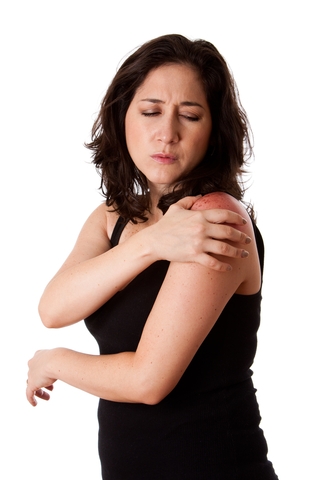