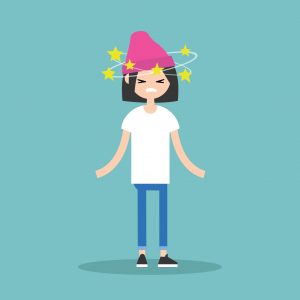 POTS disease is a lesser-known disease that affects as many as 500,000 Americans. POTS disease and several other conditions are clustered under the blanket term dysautonomia, a group of disorders that result in a malfunctioning of the Autonomic Nervous System.  Lack of awareness of this condition means that the first time most patients learn of this disease is when they are diagnosed with it.

Here are some facts about POTS disease.

Dysautonomia is a group of disorders that result in a malfunctioning of the Autonomic Nervous System This is the system that is responsible for regulating and controlling several functions of the body, including heartbeat, blood pressure, bowel and bladder function, and dilation of pupils. A person who suffers from a malfunction in the autonomic nervous system may suffer from a malfunctioning or disruption in one or several of these body functions, which can result in a number of symptoms. Symptoms of the different forms of dysautonomia  can include dizziness, fainting, fluctuations in blood pressure and cardiac arrhythmia. In serious cases, symptoms can also result in death.

What Is POTS disease?

POTS disease or Postural Orthostatic Tachycardia Syndrome is believed to impact as many as half a million Americans. As many as one in 100 teenagers in the United States are believed to suffer from POTS disease.

Symptoms of the condition can include lightheartedness, dizziness and fainting. It is a condition that is linked to excessive tachycardia, and as such, many of its symptoms are linked to cardiac irregularities, including excessive sweating, tremors, increased heart rate while standing, and drop in blood pressure when standing. Other common symptoms include headaches, fatigue, palpitations, and nausea. Persons who suffer from POTS disease may be unable to exercise, and may also suffer from lack of concentration. Other symptoms include shortness of breath, chest pains, fainting spells, and cramps in the arms and legs.

If symptoms are mild, patients may be able to continue with their normal routine. However, when symptoms are severe, even normal activities, like eating and dressing, can become significantly challenging. This can limit a person’s ability to work and earn a sustainable income.