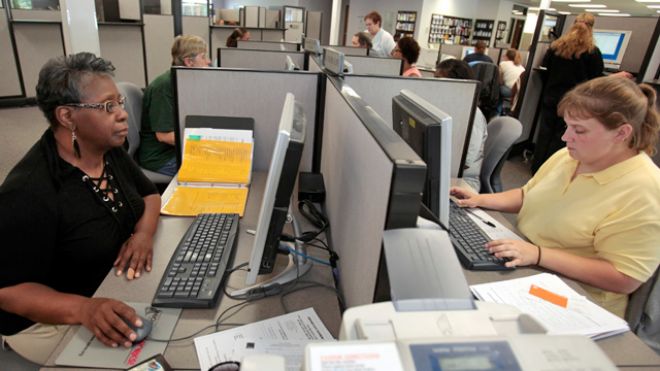 The Sunday New York Times reported on the how the present economy is causing some workers to take – albeit reluctantly – early retirement. Social Security allows citizens to claim Social Security benefits at age 62. However, this results in a lifetime decreased benefit. The decreased benefit is significant, at twenty percent less than what one would receive if he/she had waited to retire at 65. Financial planners always encourage healthy workers to work past early retirement, and even delay retirement to age 67 if at all possible. The extra working years add to needed nest eggs and also allow for a higher benefit.

The dilemma faced by Clare Keany, in the Times article, and many in her personal situation, is when working older adults (usually over 50) lose a job in today’s economy. Older adults frequently have more trouble than younger workers replacing a job. Add in a chronic health condition requiring job site accommodations and older workers face nearly insurmountable challenges. For workers in the their fifties with a severe impairment, a Social Security disability claim may be the best available safety net.

The five-step analysis in a Social Security disability claim is as follows: