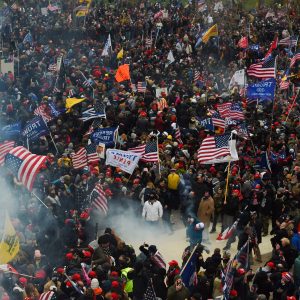 While Congress was certifying the election for Joe Biden, a collection of neo-Nazis, second Amendment proponents, Confederate Flag bearers, QAnon believers, a variety of other hate groups, and staunch Trump supporters overtook the Capitol police, and stormed the US Congress looking for either an opportunity to take selfies and post on their personal profile, or more sinister, find Nancy Pelosi and Mike Pence and hang in them outside in the makeshift gallows.  The underpinning of last week’s attack on the United States government was a belief in wide-spread voter fraud.  Let’s acknowledge that a cornerstone of democracy is a free and fair election.  The American people deserve to trust that the election infrastructure is secure and also of a vital national interest.  Voting is a fundamental right secured by the 14th Amendment of the Constitution.   Let’s take a look at what mechanisms protect against wide-spread voter fraud. 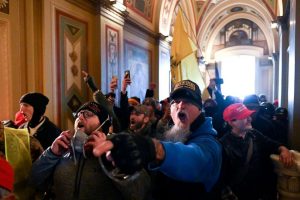 Laws and Protections in Place to Protect Against Voter Fraud

Federal laws establish national practice standards for voting.  In 1993 Congress passed the Voter Registration Act which codified many practices for voter roll maintenance in order to help the states have unified practices.  In 2002, Congress passed the Help America Vote Act to address problems that arose in the 2000 election of Bush/Gore.  This federal legislation required states to keep centralized voter registration databases, allowing states to easily cross-reference duplicative voters.  States utilize federal databases such as the US Postal Service National Change of Address database and the Social Security Death Index database in order to maintain accurate voter rolls.  When voters move the election office sends a cancellation notice to the prior jurisdiction.  When a vote by mail ballot is received, national standards exist for the election worker to verify the vote to see if the voter has already voted elsewhere.

The Cybersecurity and Infrastructure Security Agency (CISA) is a federal agency that works in conjunction with the Department of Homeland Security.  CISA works with state and local governments to manage risks in the national election infrastructure.  CISA offers free services to all states to help with physical and cybersecurity of their elections.  CISA provides useful tools for states to access to prevent voter fraud.  These tools involve a weekly updated visual map of each state’s mail in voting process;  a map of the changes to voting procedures; procedures for handling in person physical ballots; a time-line of vote handling from post-election to election day; and provides software that reviews state voting mechanisms and identifies risks.

The Department of Homeland Security (DHS) is the primary federal agency tasked with election security.  DHS worked with other agencies to prepare for the 2019 national election.  These agencies included the Department of Justice, the Office of the Director of National Intelligence and the Federal Bureau of Investigation.  All of these agencies provided election support to states.

How Did Georgia Protect Against Voter Fraud 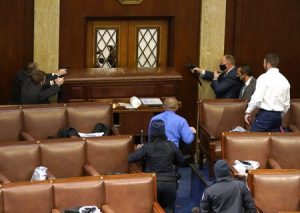 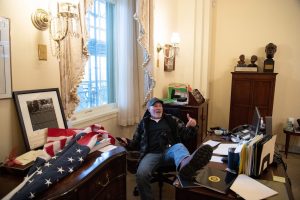 Georgia has procedures to protect against voter fraud.  The state maintains a list of registered voters.  The Health Department is required to report a person’s death in order to update the list.  If you register to vote, you must provide proof of permanent residency in the form of an ID, mail, or tax documentation.  To vote in person you must show a picture ID.  For absentee voting, your absentee ballot application is verified with a signature on file.  Once completed, your signature on the ballot is again confirmed with the signature on file.  The voting system will flag any ballots that have been submitted twice.  Poll workers must sign in when working and one worker is never left alone with the ballots.  All absentee ballot boxes must be maintained in firmly secured, tamper-proof boxes and under 24 hour surveillance.

In Georgia voters who request an absentee ballot, but then show up to vote in person must sign an affidavit that they have not voted absentee by mail already.  Workers at polling sites call the county elections office to verify if the absentee ballot has already been received.  Also, even if a person managed to vote twice in Georgia, Georgia’s voting system is designed to count only one vote from one person.  When the states audits its votes, the investigation must also determine if county officials properly followed that procedure.

After the November 2020 election, Georgia did a hand recount and a machine recount at the request of the Trump campaign.   An audit confirmed the original outcome of the election.  A signature match audit in Cobb County was conducted after credible allegations that procedures were not followed in the June primaries.  The audit revealed 99.99 percent accuracy in performing correct signature verification procedures.  Law enforcement officers from the Georgia Bureau of Investigation assisted the Secretary of State’s office in verifying signatures. 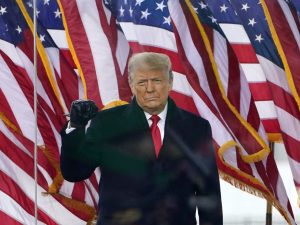 In December 2020 President Trump filed a lawsuit in the Fulton County Superior Court alleging that out-of-state residents, underage voters, felons, dead people and others ineligible to vote cast ballots in Georgia.   In response to these allegations, state election officials and election experts filed affidavits critiquing the evidence as circumspect allegation of “potential fraud” and using a faulty analysis.  The suit was dismissed and the Georgia Supreme Court rejected the appeal.  Lawsuits were filed in the federal district courts of Georgia.  Federal judges dismissed the claims of wide-spread voter fraud in Georgia as “highly speculative”.  The U.S. Supreme Court rejected a complaint filed by the State of Texas challenging Georgia’s election results.  Georgia legislative hearings debunked allegations of wide-spread voter fraud.  U.S. Attorney William Barr stated his investigators found no evidence of fraud on a scale that would have changed the outcome of the election.  The Georgia election results have been certified.

I hope this analysis of national and state federal voting laws helps.