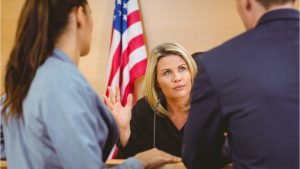 Today, fewer Americans are applying for disability benefits than in America’s recent history, with a growing economy and an increasing number of retirees leaving the program due to becoming eligible for Social Security retirement benefits and Medicare. In 2017, fewer than 1.5 million Americans applied for benefits through Supplemental Security Income (SSI) or Social Security Disability Insurance (SSDI). This may be due partially to additional lower-skilled jobs being available in a growing economy which those with modest disabilities sometimes can handle. Additionally, employers may be more willing to accommodate workers with disabilities. Eric Kingson, a professor of social work at Syracuse University, added that when the economy is doing well, “employers are more willing to look to other labor pools and be more accommodating.”

However, getting the disability benefits in the first place has become harder today.  The Social Security Administration hardened their standard for awarding benefits without any major announcement. Overall, the odds of a successful appeal fell from 69% in 2008 to 48% in 2015. Nicole Maestas, a Harvard economist, said that the Social Security Administration analyzed judges who approved disability claims at a higher rate than others and singled them out for special instruction. This action may have been taken as a result of critics in the media exposing some abuse and fraud in the system since 2011, as reported in the Wall Street Journal and 60 Minutes.

As a result, the administrative law judges handling disability cases have become more skeptical of claims and less easily persuaded to approve benefits. Richard Browdie, CEO of the Benjamin Rose Institute on Aging, argues that the process has become “overly restrictive.” However, Torsten Slok, chief international economist of Deutsche Bank, argued that this data contradicts the “post-recession narrative of an out-of-control entitlement program.”  Whatever the reasons are for these trends, it is clear that fewer people are applying for disability benefits and among those, less are being approved.

If you are considering applying for Social Security disability benefits for the 1st time or appealing a decision, please contact this law firm to discuss your legal options.