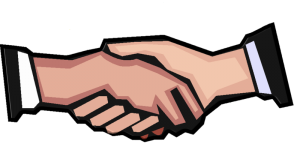 A major issue facing the Social Security program involves a lack of meaningful and current legislation to improve the programs changing and expanding needs.  In 1982, under the Reagan administration, Congress passed a bipartisan series of payroll tax increases in order to ensure funding . Since then, Congress has failed to pass significant changes to the Social Security program, with many lawmakers choosing to sidestep this controversial issue. As time has passed, this program has consistently faced a looming deficit.  The longer lawmakers wait to act, the more difficult it will be “to avoid cutting benefits on current and future retirees.”

Many people ask what is holding Congress back from taking this critical step of implementing reform to Social Security. The answer is relatively simple:  Democrats would like to raise or eliminate the maximum taxable earning cap for Social Security’s payroll tax, requiring wealthy Americans to pay more into the system. Republicans, on the other hand, would like to increase the full retirement age to between 68 to 70, which would save funds for this program in the long-run.

Bipartisanship in Congress is necessary in order for any action to be successful in making changes to the Social Security program. With a bill on this issue likely requiring 60 votes to pass the Senate—due to the filibuster—it is unlikely that any party will in the near future occupy enough seats to pass this legislation alone.

Please contact your Senators and Representatives in Congress and urge them to work with members of the other party to get legislation on Social Security passed. If you are suffering from a disability that impairs your ability to work, please contact this law firm for a free consultation on whether you may qualify for disability benefits.