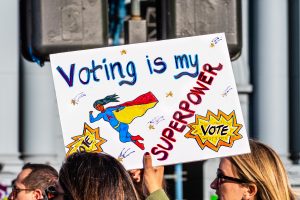 Child Care:  Single parents are overwhelmingly women.  For two parent households during the epidemic, 33% report that at least one partner has either left the workforce or dropped down to part-time.  Of the parents giving up their work, 70% were women.  For single parents, women faced with closed schools and day care facilities have also lost their jobs, forcing them onto public assistance.  Two bills in the House would provide needed funds to keep child care centers and schools open.  The current bill is the Child Care is Essential Act, a $50 billion grant to pay for personnel, training, sanitation and other costs with re-opening and running child care and after school care during the pandemic.  The House also passed the Child Care for Economic Recovery Act which provides grants to improve child care facilities and to social services to provide care for essential workers.  These bills acknowledge that business cannot go on as usual if the needs of working parents are not met.  While both parties have similar bills, the Democrat-led House bills provide more funding than the the Republican-sponsored legislation.

Family and Sick Leave:  While FMLA guarantees workers their jobs during a limited sick leave period, it does not guarantee pay.  Workers in the U.S. have never had federally guaranteed paid sick leave or family leave.  During the pandemic, Congress offered temporary pay relief in March through a stimulus check.  The Families First Coronavirus Response Act did provide for paid leave in some situations.  Some workers did qualify for federally funded paid leave, but that legislation covered only half of the nation’s workforce.  That bill reimbursed employers that have fewer than 500 employee with tax credits for the cost of providing employees with paid leave for reasons related to COVID-19.  These provisions will expire on December 31, 2020.  Small business with fewer than 50 employees could also exempt out.  Federal paid sick leave as permanent and sustaining legislation is growing in support and is led by progressive candidates.

Taxes:  The Tax Cuts and Jobs Act of 2017 gave the wealthiest taxpayers and corporations an enormous windfall.   Massive tax cuts historically have not resulted in a trickle down economy, but rather have reduced funding for schools, vital services for women, children and seniors, and increased income inequality.  Meanwhile, the federal deficit has grown into the trillions.  Congressional Republicans have argued for cuts to Social Security, Medicare and Medicaid to reduce the deficit.  This current administration’s 2020 budget proposal called for $62 billion in cuts to major program that serve women and families.   Significantly, the budget proposal included dismantling Medicaid funding and SNAP benefits.  More than 5 million women supporting children on their own rely on SNAP benefits.  Thirty-three million women get their health care coverage through Medicaid.  Women make up nearly two-thirds of the elderly poor.  Other critical programs that face budget cuts would include Head Start, Child Support Enforcement,  WIC (Women, Infants and Children) Nutritional Program, National School Meals, TANF (Temporary Assistance to Needy Families), Unemployment Insurance, the Federal Pell Grant Program, Rental Assistance and Energy Assistance.