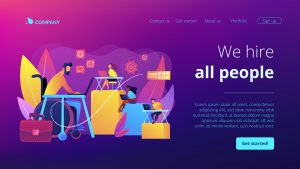 For individuals with disabilities able to work, there are often many obstacles to being employed. With an unemployment rate of 3.7% for the general population, the rate for those with disabilities is 6.3%. However, some companies are working hard to reverse this troubling statistic, including Microsoft, Walgreens, and Voya. These companies are reviewing their hiring procedures to incorporate best practices in supporting employees with physical, emotional, and neurological disabilities.

It is not only the right thing for these companies to do, but it also is beneficial for the economy. A study released in October 2018 showed that America’s GDP could increase by up to $25 billion if the number of employed Americans with disabilities increased by 1%. Laurie Henneborn, research managing director for Accenture, said “[t]he conversation is absolutely evolving from philanthropic and charitable to one that is foundational to the business.” In 2017, 4.5% of Accenture’s employees reported having a disability.

It is not only important that individuals able to work are hired, but that they can maintain their health at the same time. Amongst the 61 million U.S. adults with a disability, 62% report their disability as “invisible,” meaning that colleagues don’t recognize their disability until told. Those with disabilities must be able to take time off to see doctors or for health-related reasons, making paid sick leave critical.

If you have been diagnosed with a disability that makes you unable to work, contact this law firm.