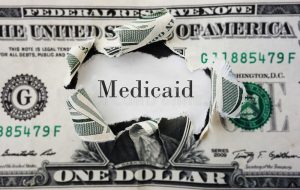 A group of 150 Democrat House members are calling on their party to push for protection of Medicaid funding in the next stimulus package. The push is even more important in Georgia where enrollments for the Medicaid program have been spiking in recent months since the pandemic began.

Traditionally, Medicaid enrolments increase during a recession. Medicaid coverage provides health insurance for persons who live at or near poverty levels. As the Covid-19 outbreak has devastated local economies and business, pushing millions of Georgians out of their middle class lives into near poverty levels and with the fear of a major and potentiality debilitating disease still on the minds of Georgians, enrollments for the program have increased in the state. According to some estimates, Medicaid and Peach Care enrollments in the state of Georgia have increased by as much as 38 percent over the past few weeks. Over March and April alone, at least 88,000 new persons enrolled in the Medicaid program. This program is going to be crucial in preventing financial catastrophe for Georgians living at poverty levels.

The House Members have written to Democrat leaders, including Speaker Nancy Pelosi to push to retain the Maintenance of Effort provision in the next stimulus package. The provision requires states to maintain Medical coverage for their citizens. If past history is anything to go by, Medicaid funding will be one of the first programs to lose funding as states try to cut corners during a financial crisis.

Unemployment is at near Great Depression levels and many have begun to think in terms of learning to live with Covid-19, even as a complete cure or vaccine remains elusive. In a situation like this, cutting back on Medicaid coverage would be catastrophic and have a terrible long term financial impact for potential beneficiaries.

Lisa Siegel is an Atlanta Social Security disability lawyer representing persons who are unable to work as a result of disability, recover the disability benefits they are eligible for.