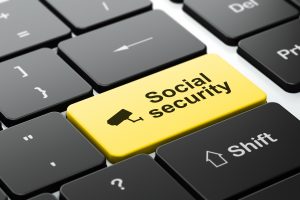 With the increased political debate about the future of Social Security in America, many people worry that they or their children will not receive the same benefits in the future.  A recent Gallup poll showed that 51% of pre-retirees aged 50-64, 49% of workers aged 30-49, and 33% of millennial aged 18-29 say they are concerned about their benefits. While many people consider there to be flaws in the American Social Security system, the proposition that this system is in serious danger of closing down, is not true. It is almost impossible that this program could go broke because it is funded by payroll taxes—which are incurred by the working population.

There are good reasons for people to be concerned about Social Security as for many people it is their only guaranteed retired income. This program impacts almost every older American: according to the Social Security Administration (SSA) , 97% of adults aged 60 to 89 currently receive or will receive Social Security. Generally most Americans do not mind paying the payroll taxes towards Social Security because they know this will benefit them when they are old aged and cannot work anymore.

It is important to also clarify how the Social Security system in America works in order to better understand this topic. It is considered a “pay-as-you-go” system, which means that payroll taxes for today’s workers’ pay for those receiving benefits today. When you retire, you depend on receiving your Social Security retirement benefits from the payroll taxes of those working currently. Thus, this does lead to a potential sustainability issue for this program, as the United States is increasingly becoming an older population and in turn, has a higher proportion of retirees.

There are many different ways American government officials can address potential shortfall problems. Alice Rivlin, former Director of the Office of Management and Budget, testified to members of the U.S. House of Representatives Committee on the Budget. She said that the success of Social Security is vital to  “reassure all Americans that this hugely successful program is solidly funded and will be there for the millions who depend on it when they need it.” Rivlin proposed reforms including revenue increases and future benefit reductions. The last substantial changes to Social Security occurred in 1983, under the Reagan administration, when the program faced a financial crisis. In 1983, Congress adopted recommendations of a bipartisan commission and passed into law a payroll tax increase, reduced spending, and a change in the eligibility age. Social Security benefits will continue to impact many Americans in the future.  In order to ensure its success, politicians and economists will need to work together to find the best course of action.

If you have any questions about Social security benefits and whether you may qualify for Social Security Disability benefits, please contact Lisa Siegel, Atlanta Disability Lawyer.