Long after the pandemic ends, its effects on our system will be felt in a number of ways, including the increase in the number of Social Security disability claims connected to Covid.

Long Covid is now a confirmed health problem for many Covid survivors, and the long term implications of this condition are only now becoming clear.  Long Covid is a term used to refer to a number of symptoms that many Covid sufferers experience after they recover from the infection. The symptoms range from extreme fatigue, respiratory problems like shortness of breath and breathing difficulties, to gastrointestinal problems. Covid sufferers seem to also have a higher risk of developing diabetes and heart problems.

Policy makers warn that long Covid could be the single biggest catalyst for an increase in disability claims over the next few years. They warn that it is important for the Social Security Administration to plan for a larger number of people who are unable to work at their jobs because of their symptoms.   Data indicates that many Covid survivors have still not returned to their jobs even months after recovery. Some continue to be under oxygen support for months after returning home.  There is still not enough data to ascertain how many such survivors are in the population, but a safe guess is in the millions.  Long Covid -related symptoms manifest differently in different people, making the task of determining patterns very challenging.

END_OF_DOCUMENT_TOKEN_TO_BE_REPLACED

Scleroderma is an autoimmune condition that is characterised by symptoms of pain and swelling in the joints, thickening of the skin, and other symptoms. In more serious cases, symptoms can include scarring of the esophagas and/or lungs which can cause respiratory difficulties and digestive problems. When symptoms become serious enough for these to interfere with your ability to have a typical worklife, then you may qualify for a claim for disability benefits.

The Social Security Administration does include scleroderma in its listing of disabling conditions. Under the listing, scleroderma is considered disabling if you meet the criteria of the listing.  However, a diagnosis of scleroderma alone may not be sufficient to recover disability benefits. You must either meet the conditions of the listing or provide sufficient medical evidence that your symptoms are severe enough to make it impossible for you to earn a full time living.  Medical evidence, including testimony by your doctor attesting to your inability to perform various activities as a result of your condition, is key to the success of your claim.

Every 40 seconds, an American suffers a heart attack. February is American Heart Month, an appropriate time to learn about the warning signs of heart disease and heart attack and to discover your options for benefits if you suffer from these conditions.

If you have been diagnosed with cardiac disease, you may be eligible for Social Security disability benefits. However, a diagnosis by itself will not qualify you for benefits. The Social Security Administration has a list of criteria that it will employ to determine whether your condition qualifies for benefits. 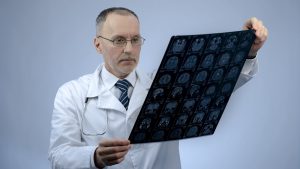 Every winter, thousands of Atlanta residents typically head to the slopes to enjoy skiing, sledding, and other winter sports activities. Many of these activities, however, come with a high chance of being involved in an accident that ends with brain injuries.

January is marked every year as National Winter Sports Traumatic Brain Injury Awareness month. This commemoration underscores the high number of brain injuries that occur when Georgians are on the slopes every year. This year, before you strap on your skis or skates, take all necessary precautions.

Traumatic brain injuries that occur during winter sports typically take the form of sports- related concussions. These concussions are caused by a direct jolt to the head. However, you don’t necessarily need to be hit only on the head to suffer a concussion. Even blows to the face or neck, can cause a brain injury.

END_OF_DOCUMENT_TOKEN_TO_BE_REPLACED 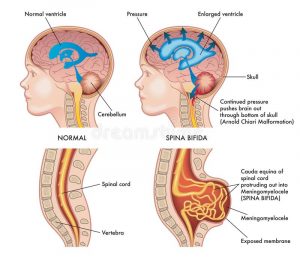 October is Spina Bifida Awareness Month.  This designation hopes to raise public awareness about this disorder which impacts the spine and neurological system.

Spina bifida is a congenital condition that can result in a number of symptoms that involve the spinal cord, as well as neurological symptoms. In this condition, the infant’s spine is not completely fused during pregnancy.  Surgery may be required to fuse the spine after birth.  In some cases, however, the defect continues to exist even after the surgery, and the person may begin to experience symptoms later in life. Symptoms can include some degree of paralysis, numbness, and other nerve- related symptoms. Spina bifida is a permanent condition with no cure.

The Social Security Administration does not include spina bifida in its “blue book” of medical listings that qualify for disability benefits. However, because the symptoms are so often related to the spine, you may qualify for disability benefits based on whether you suffer from symptoms that are very similar to other spinal conditions, including spinal stenosis, nerve root compression or spinal arachnoiditis.

END_OF_DOCUMENT_TOKEN_TO_BE_REPLACED 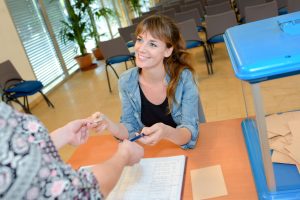 Where do find out where to vote:

Dates and hours may vary based on where you live.  You can locate where to vote by logging into your My Voter Page .  There are you can find early voting locations, dates and times.  You can also review a sample ballot ahead of time.  You can also call 1 866 OUR VOTE to verify the proper polling place.

END_OF_DOCUMENT_TOKEN_TO_BE_REPLACED 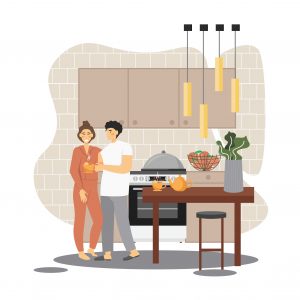 Chronic back pain not only affects a person’s mobility and movement and increases the risk of disability, but it also impacts a person’s relationships.

When a person suffers from back pain, it can place stress on his or her marriage. These findings come from a recent study published in the European Journal of Pain. The researchers wanted to know the effect of a person’s back pain on a number of aspects, including his or her occupation and personal relationships.

They found that spouses of persons who complained of chronic back pain reported stress in their relationship. They also found that the person’s chronic back affected the spouse’s employment, with 20% of the respondents admitting that it had affected their occupations.

END_OF_DOCUMENT_TOKEN_TO_BE_REPLACED 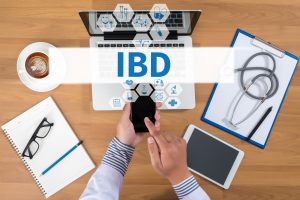 Many symptoms of inflammatory bowel disease or IBD and related conditions may be managed with regular medications and lifestyle changes. However, in those cases in which symptoms are so severe  that going to work seems impossible, Social Security disability benefits can help ease the financial stress.

You can recover Social Security disability benefits for inflammatory bowel disorder, ulcerative colitis, Crohn’s disease and other conditions that are related to IBD. The term “inflammatory bowel disease” refers to both Crohn’s disease as well as ulcerative colitis.  In both these conditions, there is an inflammation of the gastrointestinal tract with symptoms that include pain, severe abdominal pain and rectal bleeding. The symptoms, in some cases, may be so severe that the person may require a visit to the restroom every few minutes. The constant loss of nutrients from the body may result in weight loss and fatigue.

If you have been diagnosed with ulcerative colitis or Crohn’s disease, you may be eligible for disability benefits under the Social Security Disability Insurance program. A mere diagnosis of these conditions will not, however, be sufficient for you to qualify for benefits.

END_OF_DOCUMENT_TOKEN_TO_BE_REPLACED

The World Health Organization marks July 28th as World Hepatitis Day to raise awareness about people who live with this condition.  July 28th is the birthday of Dr. Baruch Blumberg (1925 – 2011) who discovered the Hepatitis B virus in 1967 and two years later developed the first vaccine.  Viral hepatitis causes more than one million deaths year.  Deaths from hepatitis are currently increasing

According to the World Health Organization approximately 900,000 people globally die from one of the forms of hepatitis every year. As many as 325 million people live with the disease. Many millions of people also may be unaware they have a strain of hepatitis.  Only 42% of children globally have access to the Hepatitis B vaccine.   These are the strains of hepatitis that are most likely to cause long term health damage, or even death.

Hepatitis is a virus that causes inflammation of the liver which can in some cases be fatal.  There are five main strains of the hepatitis virus, A, B,C, D and E.  While they all cause liver disease, they differ in means of transmission, severity, geographic distribution and prevention methods.  Types B and C lead to chronic illness in hundreds of millions of people worldwide.  Some types are prevented through vaccination.

END_OF_DOCUMENT_TOKEN_TO_BE_REPLACED 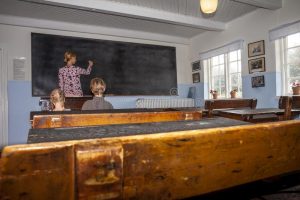