As 2021 draws to a close, Georgia ranked 50th this year, ahead of only Oklahoma and Mississippi in health care.  The Medicare Guide on senior health care analyzed prescription drug prices, the number of physicians in relation to the state’s population and life expectancy.  Georgia ranked 51st in access to care. One problem with access to care is that many rural counties lack physicians.  Nine of the 159 counties have no doctors.  Seventy-six counties have no OB/GYNs and sixty counties have no pediatrician.  In health outcomes, Georgia ranks 47th, particularly due to infant and maternal mortality rates.  Inequities in care and access to care impact the low numbers on health outcomes. 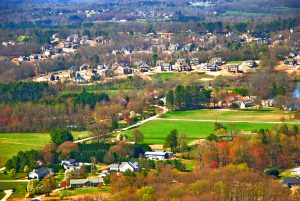 As of 2021 Georgia had a population of 10,830,007 citizens.  This increased 18.3 % from the 2010 census.  Georgia has the 10th fastest growth rate.  Although all of Georgia is not growing.  The counties with the highest growth rates are grouped together along the southeastern border and along the northern border in and around the capital of Atlanta.  However, there are declining populations from the southwestern border through middle Georgia to the mid-eastern border of Georgia.  Georgia has a 15% poverty rate.   As of 2021, Georgia’s population under 18 is 23.6%; the population over sixty-five is 14.3%.  Eight percent of Georgians under age 65 are disabled.