The Biden administration is proposing a hefty 10% increase in funding to the Social Security Administration.  This is good news for disability beneficiaries and applicants.

The announcement is part of the White House budget proposal for 2022, and factors in a $1.3 billion increase in funding to the cash- strapped agency. Additional funding will help the agency to return to its pre-pandemic processing and approval timelines.

For disability beneficiaries, the months since the pandemic began have been challenging. The agency closed field offices across the country, and Georgia was no exception. Benefits claims processing has been delayed by weeks and months in many cases, and approvals have been slow in coming.

END_OF_DOCUMENT_TOKEN_TO_BE_REPLACED 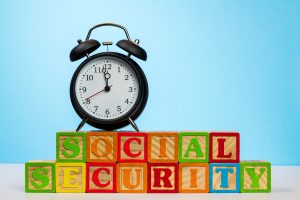 The impact of the Covid-19 pandemic on the financial health of the Social Security Administration may not be as bad as previously feared.

The Social Security Administration Chief Actuary recently testified at a House Ways and Means Committee hearing, that the outlook for the agency is much more optimistic than was earlier believed. In April, the agency forecasted that there would be a 15 percent reduction in the earnings of the Social Security Administration as a result of deductions in payroll taxes and other earnings. Now, the agency believes that the actual reduction is likely to be much closer to 10%.

According to the Actuary, the effect on Social Security earnings is not likely to be as great, because of the number of deaths that have already occurred, and are expected to occur as a result of the pandemic. The current economic crisis has something in common with earlier recessions in that there is likely to be more unemployment, leading to lower earnings in the form of payroll taxes into the Social Security Administration. However, unlike other recessions, there are likely to be a large numbers of deaths caused by Covid-19, resulting in fewer benefit payouts for the agency.

END_OF_DOCUMENT_TOKEN_TO_BE_REPLACED 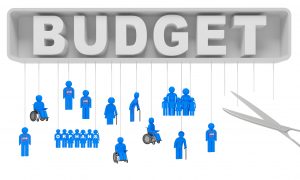 On Monday, Senate Republicans, led by Senator Mitt Romney (R – Utah), unveiled their Time to Rescue United States Trusts Act (TRUST) which purports to restore and strengthen federal trust funds, i.e. Social Security and Medicare.  The TRUST ACT is a sub-provision of the HEALS ACT, the Republican coronavirus proposed relief bill.  Congress is currently debating a second stimulus package in response to the coronavirus pandemic.  These bills could possibly extend unemployment benefits and provide a second round of stimulus checks.

The TRUST Act calls for creation of committees to shore up the programs and control debt over the long term.  Bills advanced by the committees would be fast-tracked.   The non-profit group, Social Security Works attacked the GOP proposal as a closed door attempt to cut Social Security.  Group President, Nancy Altman, says “It is a way to undermine the economic security of Americans without political accountability.”  She also accused Republicans of using the pandemic as cover for slashing Social Security.

Senate Republicans claim the Social Security, Medicare and federal highway trust funds are doomed to run out of money in the next few years.  Democrats claim the recent tax cuts ran up the national debt; thus stoking the fires of trust fund insolvency.   Republicans claim the COVID-19 pandemic has created an insolvency crisis that may occur much sooner.   The solutions involve raising taxes, cutting benefits or some combination of both.

END_OF_DOCUMENT_TOKEN_TO_BE_REPLACED

The Congressional Budget Office projects that recent tax cut legislation and spending packages will increase the federal deficit by $139 billion, raising it to $804 billion in 2018.  In December Congress passed a 1.5 trillion tax-cut package and early in 2018 approved a $400 billion budget.   The CBO projects the US will return to a trillion dollar deficit by next year.  Last week Congress submitted a plan to make up the difference with cuts to Medicare, Medicaid and Social Security.  The above slides were obtained by the Congressional Budget Office.  You can find these slides and more on their website.

Last Tuesday, House Republicans released a budget plan that would make large cuts to Medicare.   The budget plan intends to privatize Medicare ; thereby hoping to eliminate $537 billion out of the program over the next decade.  Congress argues that privatization of Medicare will bring down costs.

Seniors eligible for Medicare would receive a voucher rather than a Medicare card.  The voucher would be used to purchase private health care plans.  Private plans could be more expensive – leaving seniors to either foot the extra bill or change to plans that provided less care or limited the available providers.  Either way, the cost-shifting is born by the seniors.

END_OF_DOCUMENT_TOKEN_TO_BE_REPLACED

Gastroparesis is a condition in which the muscles of the stomach wall have become too weakened to contract and force the food from the stomach into the small intestine. Therefore, the stomach does not empty properly. Gastroparesis can be caused by diabetes, Parkinson’s disease, certain medications or drug use, and sometimes the cause is unknown.

Similarly, there is a wide range of adverse effects on patients. Some patients experience nausea and vomiting, some develop bacterial infections from the undigested food, and some can develop blockages from food that cannot move to the small intestine. Additionally, the symptoms can range from mild to severe, varying wildly from day to day. There is no cure, but doctors can prescribe medication to help patients manage their lives.

END_OF_DOCUMENT_TOKEN_TO_BE_REPLACED

Baby boomers may be most in need of Social Security payments. However, seniors are likely to find it more and more difficult to apply for disability benefits, or appeal rejected disability claims, because many Social Security offices around the country are facing closure.

The Social Security Administration blames budget crunches and shortage of resources for this increased number of closures. The agency has been closing down a record number of offices. As a result, more and more seniors are being forced to go online to get help for their Social Security benefits claims, instead of walking into an office.

Since 2010, the Social Security Administration has closed down 64 field offices across the country. That is the largest number of such office closures over a five-year period in the agency’s history. The agency has also decided to close down 533 temporary mobile offices that were specifically situated to serve claimants in remote areas.

END_OF_DOCUMENT_TOKEN_TO_BE_REPLACED

Georgia recently became the most gun-friendly state in the country when a piece of legislation became law that allows people to take guns into schools, bars and churches.

Governor Nathan Deal recently signed the bill, officially allowing licensed gun owners in the Peach State to carry their weapons everywhere in the state, except the Capitol Building. So if you enter a church, bar, school, or even Hartsfield-Jackson International Airport, there are likely to be people carrying guns around you. The law, called the Safe Carry Protection Act of 2014, allows people to carry almost everywhere, but also permits local businesses to decide whether they want to allow guns on their property.

The most debated part of this legislation is that which involves guns inside schools. Even if a school decides to choose not to allow guns inside campus, there are likely to be bitter and very acrimonious debates and lawsuits involving the issue of guns in classrooms.

END_OF_DOCUMENT_TOKEN_TO_BE_REPLACED

With all this election-year talk of “victims” and “47 percentages,” many Americans are understandably concerned about the state of Social Security and their continued eligibility for benefits. Last month, the Center on Budget and Policy Priorities, which is a nonpartisan policy group working on policy and public programs that affect Americans in low and moderate income groups, released a report that supported the continuance of Social Security benefits.

In the report, the Central Budget and Policy Priorities says that the Social Security Disability Insurance program provides very vital and important benefits to workers, who have no other way of earning an income after they suffer disabilities or medical impairment.

The Center for Budget and Policy Priorities report takes aim at those critics of Social Security who say that spending on Social Security is out of control. The report clearly speaks out against those allegations, saying that much of the rise in federal disability payments is a result of demographic factors.

END_OF_DOCUMENT_TOKEN_TO_BE_REPLACED 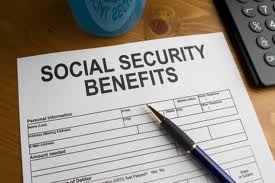 According to the 2012 Board of Trustees Report for the Social Security and Medicare Trust Funds, released on April 23, 2012, the funds, though relatively stable, are being impacted by the recession. The 2012 report finds that, if no Congressional action is taken, the Social Security Old Age and Survivors Insurance (OASI) will be able to pay 100% of scheduled benefits until the year 2033. Following that, scheduled benefits would still be paid at a reduced level of about 75% after 2033 using incoming payroll tax revenue. However, the need to shore up the Disability Insurance (DI)Trust fund is much more immediate with exhaustion projected to occur in 2016. Although like the OASI fund, the DI fund would continue to pay 75% of scheduled benefits with incoming payroll tax revenue.

There are two Social Security Trust Funds – The Old Age and Survivors (OASI) Trust Fund and the Disability Insurance (DI) Trust Fund. The Social Security program administers benefits through a social insurance program. It is funded through payroll FICA taxes. The employer and employee each pay 6.2% of earnings (or 4.2% for the 2011-2012 temporary payroll tax holiday for the worker portion) and 1.45% of earnings for health insurance under Medicare Part A up to an income cap of $110,100 a year. The portion of this premium that pays for disability insurance is .9%. The remainder pays for Old Age and Survivors Insurance (OASI). Today 1 in 6 Americans receives Social Security.