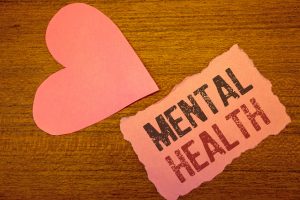 On October 10, the world marked Mental Health Awareness Day to raise awareness about the different types of mental conditions, many of which go undiagnosed for years. If you suffer from a mental health condition, you may be eligible for disability benefits under the Social Security Disability program.

Mental disorders most typically involved in disability claims are bipolar disorder, depression, and anxiety. Other intellectual disabilities involve cognitive impairment that may also be covered under the term “mental health disorders.” These conditions include schizophrenia, Alzheimer’s, dementia, and low IQ—related disorders.

Some conditions like Alzheimer’s, low IQ-related disorders and Post Traumatic Stress Disorder (PTSD) are mentioned in the listing for mental impairments that may qualify for disability benefits. However, merely a diagnosis from your psychiatrist will not be sufficient to prove that your disability makes it difficult for you to earn an income, and qualifies you for benefits.

END_OF_DOCUMENT_TOKEN_TO_BE_REPLACED 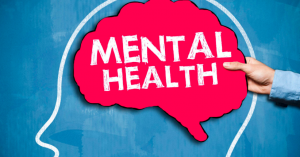 For close to 7 decades, mental health organizations across the United States have commemorated the month of May as Mental Health Awareness Month. This month is dedicated to decreasing the stigma associated with mental conditions and spreading awareness about the need for treatment for persons suffering from these disorders.

Most beneficiaries who receive benefits for mental disorders are above the age of 50, but you can definitely qualify for benefits even if you are younger. Depression and anxiety-related disorders are some of the common conditions that qualify a person to receive Social Security disability benefits. Beneficiaries may also suffer from PTSD or other mental or intellectual challenges.

END_OF_DOCUMENT_TOKEN_TO_BE_REPLACED 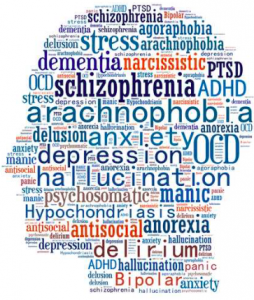 The Social Security Administration (SSA) recognizes the impact mental disorders have on many American’s lives and their potential to cause long-term disability. In order to be eligible for disability benefits for a mental disorder, the condition must be diagnosed by a doctor and meet the criteria required for any disability including:

END_OF_DOCUMENT_TOKEN_TO_BE_REPLACED 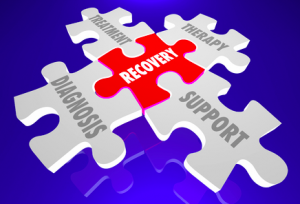 In a recent report by the Kennedy-Satcher Center for Mental Health Equity, Georgia earned a “D” on mental health and addiction treatment equal to that for physical health. This corresponded to a score of 60/100, an evaluation based on Georgia’s statues that ensure equality of physical and mental health treatment. The report stated that more than 1 in 6 Georgians have a mental illness, and nearly 1 in 5 of these individuals is uninsured. Recent data shows that there are on average 4 drug overdoses every day in Georgia. Many people suffering from mental health issues are denied care when they need it the most. Neil Campbell, executive director of the Georgia Council on Substance Abuse, emphasized that there is a “need for the quality and amount of coverage that is afforded physical health conditions.”

The report recommends that patient co-pays and out-of-pocket costs be adjusted to be equal for mental and addiction services as for physical illnesses. It emphasizes that greater access to recovery for mental health and addiction issues will save insurance companies in the long run, because those with their substance problems under control live healthier lives. A decade after the passing of the Mental Health Parity and Addiction Equity Act, a federal law which mandated equity in care for those with mental health issues, there is still much work to be done.

If you are suffering from a mental health condition that impairs you from working, contact this law firm about filing a Social Security disability claim.

Children who suffer from a mental or physical disability may be at a much higher risk of suffering from abuse or neglect.

Those are the results of a new study that yielded disturbing findings. According to the study, children who suffer from mental or behavioral disorders have a heightened risk of abuse, and those risks differ depending on the type of disorder from which the child suffers.

Researchers found that children who suffer from autism, spina bifida, and Down syndrome, are not at a high risk of abuse, but those who suffer from intellectual disabilities or mental/behavioral disorders such as depression and developmental delays are much more likely to experience abuse or neglect.  Moreover, children whose parents lack support to deal with their child’s disability, or are overwhelmed by the responsibility of caring for a disabled child, are much more likely to suffer from neglect.

END_OF_DOCUMENT_TOKEN_TO_BE_REPLACED

According to the researchers, doctors who use this therapy will be able to help reduce back pain in patients, and also reduce the cost of treatment. Many back pain patients suffer from stress, and also may turn fear-avoidant, a mindset in which they fear taking part in any kind of activity because they are afraid that their back pain will get worse. For such people, finding an effective back pain treatment is very important and also very challenging.

The researchers conducted a pilot study in which they combined physical as well as psychological approaches to treating the problem, and found that chronic back pain could be treated more effectively with a combination of these approaches. Persons who participated in Contextual Cognitive Behavioral Therapy found it was beneficial in treating their back pain.

END_OF_DOCUMENT_TOKEN_TO_BE_REPLACED

Bipolar disorder , also known as manic-depressive, is a mood disorder, and like other mood disorders, can be difficult to diagnose. In fact, early symptoms of bipolar are often attributed to general moodiness or tiredness. Unfortunately, those issues to tend to lead to more problematic conditions if left undiagnosed and untreated.

Bipolar disorder is characterized by episodes of mania and depression. An individual who suffers from bipolar disorder goes through phases of mania, in which he may completely lose touch with reality, followed immediately by episodes of extreme depression. The person may also find it difficult to complete tasks, and may start several projects, only to leave them incomplete. During the mania phase, a person with bipolar disorder may speak very rapidly, and for long periods of time. They often also jump from topic to topic.

Depression sets in during the low phases of bipolar disorder. The person may suffer from problems that include loss of appetite, sleeplessness, and low energy levels. He or she may also feel very irritable.

END_OF_DOCUMENT_TOKEN_TO_BE_REPLACED

Bipolar disorder, also known as manic depressive, is a chronic mental illness, which is believed to affect as many as 1.6% of the general American population. There is much that we do not know about this difficult psychiatric condition.

For years, scientists have been researching whether a person’s genes could play a contributing factor in the development of bipolar disorder. German researchers recently said that they have managed to identify unique genes that could possibly contribute to the condition.

According to the researchers, it seems that a variety of genes are involved in the development of bipolar disorder, and it’s not just one specific gene that causes the development of the condition. These genes interact with environmental factors in a complex manner to cause symptoms of the condition. A person who suffers from bipolar disorder often suffers from alternate spells of mania and depression, or highs and lows. He may suffer from sleeplessness, insomnia, irritability, and may engage in risky behaviors involving alcohol, drug and sex.

END_OF_DOCUMENT_TOKEN_TO_BE_REPLACED 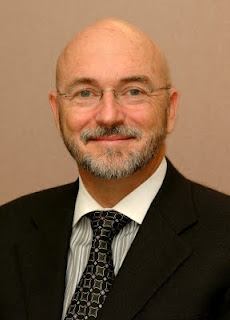