The Congressional Budget Office projects that recent tax cut legislation and spending packages will increase the federal deficit by $139 billion, raising it to $804 billion in 2018.  In December Congress passed a 1.5 trillion tax-cut package and early in 2018 approved a $400 billion budget.   The CBO projects the US will return to a trillion dollar deficit by next year.  Last week Congress submitted a plan to make up the difference with cuts to Medicare, Medicaid and Social Security.  The above slides were obtained by the Congressional Budget Office.  You can find these slides and more on their website.

Last Tuesday, House Republicans released a budget plan that would make large cuts to Medicare.   The budget plan intends to privatize Medicare ; thereby hoping to eliminate $537 billion out of the program over the next decade.  Congress argues that privatization of Medicare will bring down costs.

Seniors eligible for Medicare would receive a voucher rather than a Medicare card.  The voucher would be used to purchase private health care plans.  Private plans could be more expensive – leaving seniors to either foot the extra bill or change to plans that provided less care or limited the available providers.  Either way, the cost-shifting is born by the seniors.

END_OF_DOCUMENT_TOKEN_TO_BE_REPLACED 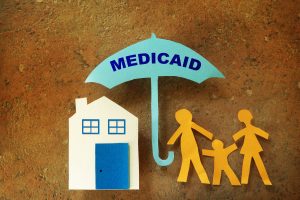 END_OF_DOCUMENT_TOKEN_TO_BE_REPLACED

Today, the United States Senate released its draft legislation designed to “repeal and replace” Obamacare (also known as The Affordable Care Act).  What is most evident in this legislation is the massive destruction of the Medicaid program.  Medicaid is the single largest healthcare program in the United States.  Medicaid serves one in five Americans.  Medicaid covers not only poor individuals, but two-thirds of all nursing home residents.  Many nursing home bills run between $5000 and $7000 a month for skilled nursing care.  The majority of our elderly community cannot self-pay for that level care should it be necessary.  Medicare does not cover long-term skilled nursing care.  So when we talk about cutting Medicaid, we are talking about the future care of ourselves and those we love.

The Senate bill will phase out the Medicaid expansion that is part of Obamacare.   Obamacare provides for 100% federal funding over a three year period and 90% funding after that for those states that expanded their Medicaid programs.  Medicaid is a federal program that is administered by states.  Georgia did not elect to expand Medicaid.   Those states that did expand Medicaid saw a significant decrease in their uninsured populations.  And importantly, sick and indigent individuals had access to medical care.

Today’s proposed legislation proposes “block grants” and per capita spending limits – a draconian solution that has never been part of the Medicaid program.  Currently, Medicaid provides healthcare coverage to individuals qualifying from an income and asset standpoint.  This current legislation caps the amount of money provided to states regardless of the number of eligible recipients.  Hence, coverage will be drastically reduced for those states with significant poor populations.  Georgia ranks 42nd in overall poverty.  https://talkpoverty.org/state-year-report/georgia-2016-report/ is third in the nation for medically uninsured individuals.  http://www.georgiahealthnews.com/2016/09/georgia-ranks-high-rate-uninsured/

END_OF_DOCUMENT_TOKEN_TO_BE_REPLACED 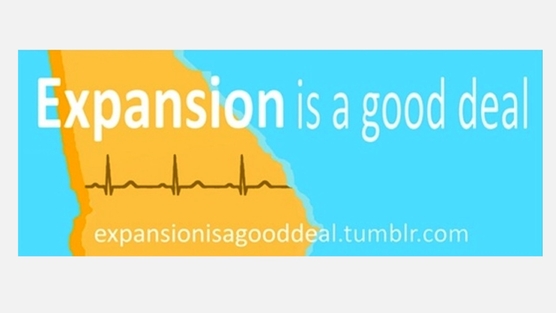 END_OF_DOCUMENT_TOKEN_TO_BE_REPLACED

In previous posts, I reported how Georgia was considering an overhaul of Medicaid this summer to account for anticipated budget shortfalls. However, last week’s ruling on the Affordable Care Act (ACA) will likely cause the state to put off an overhaul while it contemplates the expansion of Medicaid eligibility in Georgia.

Currently, Georgia’s Medicaid program only covers adults with dependent children who earn within 50% of the federal poverty level. Non-disabled adults with no dependent children are not eligible for Medicaid under any income level. Under the original ACA bill, states that refused to expand Medicaid eligibility would lose all the original Medicaid funding. The Supreme Court found this portion of the bill to be draconian and ruled it unconstitutional. This leaves open the opportunity for states to opt out of Medicaid expansion.

END_OF_DOCUMENT_TOKEN_TO_BE_REPLACED 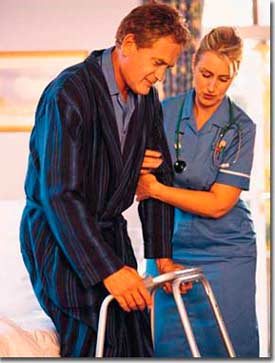 I decided not to abandon yesterday’s topic on the budget shortfalls of Medicaid because so much remains to be said regarding this. In my practice, I frequently am asked about fraudulent claims. It seems everyone jumps to the handy conclusion that anyone applying for Social Security benefits must be gaming the system. This public perception has absolutely nothing to do with the genuine struggles of people with long-term disabilities whom I am privileged to work for every day.

When policymakers propose cutting services to the needy, it helps if average taxpayers can tell themselves that the neediest don’t deserve it. Then we can go on about the business of cutting government safety net programs without any underlying guilt. But a myopic view of the world condition serves no one, least of all ourselves.

When I left off yesterday, I complained that the cost-cutting reforms of Medicaid should not be borne on the backs of the poor and disabled – the very group that Medicaid was designed to help. Too often in policy discussions, the easy implementation is to cut services.