If you ask most women about their biggest health fear, many would reply cancer, specifically breast cancer.  This is in spite of the fact that more women in the United States die from heart disease than any cancer.  Heart disease kills as many as six times the number of women every year as breast cancer.

To understand why there is such a lack of awareness about the risk of heart disease among women, it’s important to understand how certain types of cancer, specifically breast cancer, affect a woman’s sense of self esteem or sexuality.  Also, according to a paper by Harvard University, heart disease typically strikes women above the age of 65, which mean that most women do not give heart disease a thought until they reach that age. Women in their 40s or 50s would be much more likely to know people in their circle who have had breast cancer, but not heart disease.

END_OF_DOCUMENT_TOKEN_TO_BE_REPLACED

February is American Heart Month.  Heart disease is one of the main causes of death among all ethnic groups in the United States. Some groups, however, have a higher risk of the disease than others. It is also one of the more expensive diseases to treat and manage, costing over than $300 billion in medical costs per year.

Here are the most common myths about heart disease.

END_OF_DOCUMENT_TOKEN_TO_BE_REPLACED 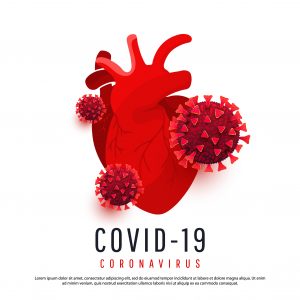 Persons who suffer from cardiac disease or hypertension may be at a higher risk of more severe bouts of Covid-19.  Analyses of deaths from Covid-19 from Italy and China, the two countries that have been the hardest hit by the Corona virus, indicate that the majority of the dead suffered from hypertension or heart disease.

In China, the death rate from Corona virus infections was 10.5 percent for those with cardiovascular disease, against the average fatality rate of 2.3 percent. In Italy, 76 percent of fatalities from Covid-19 had hypertension, while 33 percent had heart disease.

It’s been confirmed that immunosuppression is a risk factor for Covid-19, There are several posts on this blog that indicate the higher risks facing the immunocompromised.  However, because of the way the virus enters the cells, it seems to present an especially greater threat to persons who also suffer from heart disease or hypertension. In fact, some studies on Covid-19 cases show that the virus is actually causing myocardial injury in patients. This indicates that Covid-19 actually damages heart cells in patients.