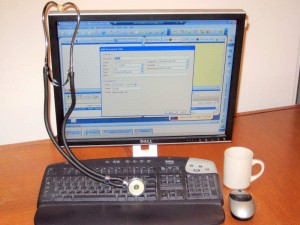 The use of software that uses electronic health records in the processing of Social Security claims could speed up the process of processing the claims, and reduce the amount of time taken to determine whether an applicant is eligible for a claim.

According to a new report, the system was developed by researchers at the Wright State Research Institute in Dayton, Ohio. The system is called HealthLink, and was developed after a contract was awarded to the Wright State Research Institute by the Social Security Administration. The American Recovery and Reinvestment Act provided for electronic health records to be made available to the Social Security Administration, with more than $74 million set aside for this.

Since December last year, a group of 500 doctors has been quietly testing the system to determine whether it helps speed up the process of determining the eligibility of a claim. The researchers found that during this period of time, an average of one request for determination of Social Security status was processed per doctor per month. However, the national average time was approximately 345 days last year.