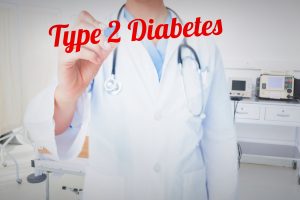 As many as 1 in 8 new diagnoses of type 2 diabetes now involve persons between the age of 18 and 40, compared to a rate of 1 in 10 less than two decades ago. Besides, younger females between the age of 18 and 40 now seem to have a higher incidence of diabetes compared to women above the age of 40. Another study also found that teens who were diagnosed with type 2 diabetes were at a high risk of diabetes-related complications in their twenties.

If you are a diabetes patient, you likely have concerns about the way your health will impact your ability to work and earn an income. Persons with type 2 diabetes are at a higher risk of several complications. These include

END_OF_DOCUMENT_TOKEN_TO_BE_REPLACED

Researchers at the University College London recently found that the drug exenatide, which the Food and Drug Administration (FDA) approved in 2005 for the treatment of diabetes, also may benefit persons with Parkinson’s disease. Researchers studied the effects of the drug on diabetic patients as compared to a control group that was on a placebo. They found that the diabetic patients who were on the drug showed better motor function after treatment. Patients on the drug showed reduced signs of decline, compared to those on the placebo.

The study only included a limited number of participants, and the researchers acknowledged that larger group samples may further confirm the findings of the study.

END_OF_DOCUMENT_TOKEN_TO_BE_REPLACED

A scientific study published three years ago that claimed to have found breakthrough results in the search for a cure for diabetes has now been retracted.

The article titled Betatrophin: A Hormone that Controls Pancreatic Cell Proliferation was widely acclaimed when it was published back in 2013. According to researchers at that time, they had identified a new hormone that could help boost the secretion of insulin in diabetes patients, thereby making it unnecessary for patients to take insulin injections.

However, the group has now admitted that since then, research from another group has failed to replicate the findings of the earlier study. The earlier study had been conducted on rodents.  Now, the researchers have voluntarily retracted their 2013 study, and have confirmed that their earlier conclusion was wrong.

END_OF_DOCUMENT_TOKEN_TO_BE_REPLACED

Researchers recently called for more clinical trials on the effect of increased intake of yogurt on diabetes prevention. Those calls were linked to findings that seem to suggest a lower risk of Type II Diabetes after increasing consumption of yogurt. The study was published in the journal BMC Medicine and was based on an analysis of data from three different studies.

About 95% of diabetes cases in the United States involve Type II Diabetes. Diabetes is one of the conditions that could qualify you for Social Security disability benefits. However, a diagnosis by itself does not make you eligible to receive disability payments from the government. You must prove that your condition has resulted in symptoms that make it difficult for you to work. For instance, complications from diabetes can include renal failure, kidney damage, kidney function eye problems, and blindness. Additionally, these conditions must have lasted for 12 months, or must be expected to last for at least 12 months for you to be eligible for benefits.

According to new research in the Annals of Internal Medicine Journal, people who are unable to control their diabetes are much more likely to experience a faster rate of cognitive decline. This would include the onset of symptoms such as poor memory, poor word recall, and impaired functioning. According to the recent study, approximately 19% of the participants who were analyzed were found to experience such symptoms. In fact, researchers found that these participants experienced cognitive decline five years earlier than people who did not suffer from diabetes.

Cognitive decline can be extremely difficult for an individual, and it is often associated with dementia. A large number of studies now link diabetes to dementia. For example, one study found that people who suffer from Type II diabetes have a higher risk of suffering from Alzheimer’s disease.

Controlling diabetes is critical, and studies continue to point to the serious long-term health consequences of failure to control blood sugar levels.