Georgia recently became the most gun-friendly state in the country when a piece of legislation became law that allows people to take guns into schools, bars and churches.

Governor Nathan Deal recently signed the bill, officially allowing licensed gun owners in the Peach State to carry their weapons everywhere in the state, except the Capitol Building. So if you enter a church, bar, school, or even Hartsfield-Jackson International Airport, there are likely to be people carrying guns around you. The law, called the Safe Carry Protection Act of 2014, allows people to carry almost everywhere, but also permits local businesses to decide whether they want to allow guns on their property.

The most debated part of this legislation is that which involves guns inside schools. Even if a school decides to choose not to allow guns inside campus, there are likely to be bitter and very acrimonious debates and lawsuits involving the issue of guns in classrooms.

END_OF_DOCUMENT_TOKEN_TO_BE_REPLACED

In the future, a compound that was discovered recently by researchers could be used to boost learning and memory capacities in children who suffer from Down Syndrome. The compound has been identified as part of research conducted by scientists at Johns Hopkins and the National Institutes of Health.

The researchers found that when the compound is administered to newborn mice who suffer from a Down Syndrome- like condition on the day of birth, it helped improve their learning capacities and memory abilities.

According to researchers, use of the compound, known as sonic hedgehog pathway agonist, was given to mice immediately. What the researchers were hoping the compound would do was increase the size of the cerebellum. In a normal patient who suffers from Down Syndrome, the cerebellum is just about 60% of the normal size.

END_OF_DOCUMENT_TOKEN_TO_BE_REPLACED

Young patients with cerebral palsy may suffer from chronic severe pain, and may also be unable to verbalize their symptoms. According to new research, doctors and parents need to look out for signs of pain, because patients often begin to believe that the pain is normal.

In most cases, the pain is due to dystonia or a hip dislocation. Dystonia is a condition that is linked to excessive muscle tone. According to the research, 25% of young people who were diagnosed with cerebral palsy suffered from moderate to severe chronic pain. The pain was severe enough for it to restrict the person’s activities.

The study, which was conducted by the Holland Bloorview Kids Rehabilitation Hospital in Toronto, was based on an analysis of more than 250 individuals who suffered from cerebral palsy. These patients were between the ages of three and 19. The research data were collected in the form of questionnaires, and also from physicians, caregivers and parents.

END_OF_DOCUMENT_TOKEN_TO_BE_REPLACED 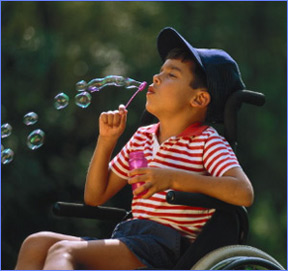 Children from birth to age 18 may receive Supplemental Security Income (SSI) benefits from the Social Security Administration (SSA) if they are: