Women from lower socioeconomic groups were much less likely to have the kind of insurance that covered cervical cancer screening. Low- income women, according to the researchers, are specifically in need of more insurance options that allow them to get screening earlier. The researchers also recommend expanding free screening programs.  Sixty-four percent of women with no insurance received testing for cervical cancer.  Among women with government insurance, the rate was 78%.  Insurance status seems to play a huge role in whether a woman has access to cervical cancer screening. Actual, out -of -pocket costs may be too heavy for some women to bear, which encourages them to postpone or delay their screening. 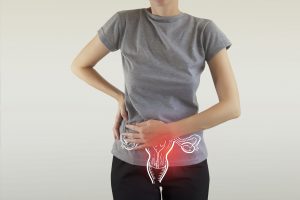 In January, health organizations around the country work towards increasing awareness of cervical cancer, one of the most common cancers affecting women.

Cervical cancer symptoms mirror many other gynecological symptoms, making it very difficult to diagnose. However, if you are suffering from heavier -than-normal periods, bleeding after menopause, bleeding after intercourse, vaginal discharge, chronic pelvic or back pain, or bleeding between periods, make sure that you consult your doctor immediately.