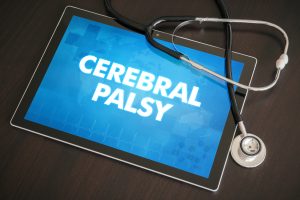 Today, October 6, is World Cerebral Palsy Day, reminding us of the challenges facing over 17 million people impacted by this disorder. Most individuals with cerebral palsy are diagnosed at birth, although some infants are diagnosed a few months after birth. There is no cure for cerebral palsy, and it is a lifelong disability. Some individuals with cerebral palsy can qualify for Social Security disability benefits. To be approved for benefits as an adult, you must have medical evidence showing one of the following:

END_OF_DOCUMENT_TOKEN_TO_BE_REPLACED

Young patients with cerebral palsy may suffer from chronic severe pain, and may also be unable to verbalize their symptoms. According to new research, doctors and parents need to look out for signs of pain, because patients often begin to believe that the pain is normal.

In most cases, the pain is due to dystonia or a hip dislocation. Dystonia is a condition that is linked to excessive muscle tone. According to the research, 25% of young people who were diagnosed with cerebral palsy suffered from moderate to severe chronic pain. The pain was severe enough for it to restrict the person’s activities.

The study, which was conducted by the Holland Bloorview Kids Rehabilitation Hospital in Toronto, was based on an analysis of more than 250 individuals who suffered from cerebral palsy. These patients were between the ages of three and 19. The research data were collected in the form of questionnaires, and also from physicians, caregivers and parents.