Arthritis is one of the most commonly-cited causes of Social Security disability claims in the United States. The Centers for Disease Control and Prevention estimates that as many as 58 million Americans suffer from arthritis.

Joint pain remains one of the most common symptoms of arthritis.  This makes it difficult for a person to perform physical work. In some cases, the pain can be severe enough to prevent the person from performing even routine physical tasks.  In the state of Georgia between 30% and 34% of adults with arthritis also report joint pain.

END_OF_DOCUMENT_TOKEN_TO_BE_REPLACED

Persons who suffer from arthritis may suffer intense pain at night, disturbing their sleep cycle and causing fatigue and drowsiness the next day.

One recent study with 133 subjects found that more than half of the arthritic patients reported suffering from lower quality sleep, because of the intense symptoms of their condition at night.  Other studies have indicated that arthritis sufferers may experience an intensification of pain at night, causing daytime fatigue and sleepiness.

Researchers have also tried to identify the reasons for the increased pain at night. One theory is that the body releases less cortisol at night which causes increased intensity of symptoms. Cortisol is a natural anti – inflammatory chemical which can control our response to pain.  Cytokines may also migrate to already- inflamed arthritis tissue at night time, causing more pain.

END_OF_DOCUMENT_TOKEN_TO_BE_REPLACED

May is National Arthritis Awareness Month. More than 50 million Americans suffer from arthritis.  Did you know that there are several dozen different types of arthritis?

Here are some more common, but surprising, facts about arthritis:

END_OF_DOCUMENT_TOKEN_TO_BE_REPLACED 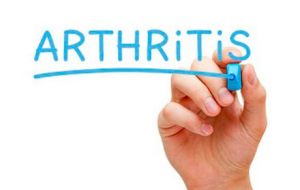 According to a new study, arthritis-related disabilities may begin before the person even receives a diagnosis of arthritis. This finding makes it even more imperative that you get joint pain and other symptoms checked out by a doctor as soon as they appear.

According to the results of a new study published in Mayo Clinic Proceedings, functional disabilities or disabling symptoms like difficulty in dressing, walking, and performing routine activities in some persons actually begins one to two years before the actual diagnosis of arthritis. The study also revealed that a functional disability for a person with arthritis can actually continue well after the person receives a diagnosis and begins treatment. This points to the need for a speedy diagnosis of arthritis.

If you have been experiencing any of the following symptoms of arthritis, consult a medical practitioner immediately.

END_OF_DOCUMENT_TOKEN_TO_BE_REPLACED

Ignoring a sports injury, or returning to work too quickly after an injury, may actually increase a young person’s risk of developing arthritis later in life.

In fact, according to recent research conducted by the University of Iowa, joint damage at the site of an injury may evolve into further problems and actually be a predictor for arthritis down the line.  Furthermore, evidence of arthritis could emerge as quickly as within a decade of suffering the injury.

We generally think of arthritis as a condition that strikes older or middle-aged people, but often neglect the fact that sports injuries can actually trigger joint and bone damage in younger people that can result in future symptoms of arthritis. More than 27 million Americans currently live with arthritis. Those numbers are expected to increase as the population ages and the number of obese people in the population increases. More than 40% of people who suffer an injury to the ligaments, meniscus, or the articular surface of a joint will develop arthritis in the future.  For example, a history of knee injury increases your risk of developing arthritis in the knee by as much as 3 to 6 times.

END_OF_DOCUMENT_TOKEN_TO_BE_REPLACED

Rheumatoid arthritis is a painful condition and many victims who suffer from this debilitating disease apply for Social Security disability benefits every year.

A person who suffers from rheumatoid arthritis may suffer from pain, severe inflammation, and stiffness in the joints combined with excessive fatigue. There are also several complications associated with rheumatoid arthritis, including osteoporosis, dry eyes, infections, carpal tunnel syndrome, and even cardiac disease. These complications make it extremely difficult for a person to work and earn a sustainable income.

A new study finds that eating more fish can help relieve some of the painful symptoms associated with rheumatoid arthritis. The results of the study were published recently in the journal Arthritis and Rheumatology. Researchers were specifically looking at how increasing fish consumption could reduce activity of the disease.

END_OF_DOCUMENT_TOKEN_TO_BE_REPLACED

Research shows that stem cell therapy has many benefits for arthritis patients, especially those who suffer from advanced stages of the condition.

According to ongoing studies, stem cell therapy may not promise a complete cure for arthritis, but could trigger the production of healthy cells that can replace damaged cells. These stem cell transplants are now being used to replace damaged cartilage between joints.

Arthritis is a condition involving inflammation of the joints, swelling and pain. Over time, joints can become weak, and the pain chronic. There are several types of arthritis, the most common being osteoarthritis and rheumatoid arthritis. The Centers for Disease Control and Prevention estimates that more than 50 million Americans have been diagnosed with some form of arthritis.

END_OF_DOCUMENT_TOKEN_TO_BE_REPLACED

A recent study by leading researchers has found a potential connection between gum disease and rheumatoid arthritis.

Beautiful, healthy gums mean not just a perfect smile, but could also mean healthier joints for you. Those findings came from a study that was published recently in the journal, Science Translational Medicine.  Researchers from some of the best institutions in the United States, including Johns Hopkins University School of Medicine, examined the gum fluid of people who suffer from periodontitis or gum disease, and found that the fluid contained high levels of a protein, which can trigger symptoms in people who suffer from rheumatoid arthritis.

The findings of the study are far from conclusive. The researchers have no evidence to confirm that everybody who suffers from gum disease is at a high risk of suffering from rheumatoid arthritis, or that everyone who suffers from arthritis, will have the specific immune response to the protein found in the gum fluid. In spite of this, however, it’s good advice to keep your gums healthy.  Pay attention to oral hygiene, because other studies have also linked gum disease to a number of other conditions, including diabetes and stroke.

END_OF_DOCUMENT_TOKEN_TO_BE_REPLACED

Osteoarthritis is a condition characterized by extreme pain, swelling and stiffness of the joints. The condition can make it difficult for a person to stand or walk for long periods of time, and often impairs their ability to work and earn a living.

Osteoarthritis is the slow loss of cartilage from joints. The loss of the cartilage causes friction between bones, resulting in the formation of bone spurs. Osteoarthritis often causes severe pain in the knees, hips, spine and feet.

END_OF_DOCUMENT_TOKEN_TO_BE_REPLACED

Earlier studies which have pointed to an association between running and knee arthritis usually focused on professional male runners. However, according to researchers, their new study focused only on non-elite recreational runners. Based on an analysis of 2,683 participants, researchers found that the prevalence of knee pain was lower among runners as compared to non-runners. Among runners, the knee pain rate was 35%, as compared to 41% for those who did not run.

It may be too early to conclude that running has a direct effect on knee health, and therefore directly contributes to a reduced risk of osteoarthritis. Runners generally tend to be closer to their ideal weight and fitter, and are also likely to follow a healthier lifestyle compared to non-runners. These may also be reasons for the reduced occurrence of osteoarthritis.