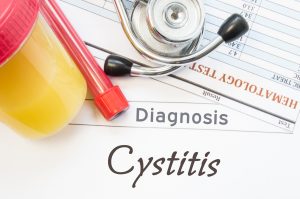 Interstitial cystitis, a condition also sometimes referred to as bladder pain syndrome, can result in serious bladder pain, difficulty holding urine, and pain during urination. If the symptoms are severe enough to the extent that they make it difficult for you to work full time, then you may be eligible for a claim for Social Security disability benefits.

Interstitial cystitis is not an infection.  Rather, it is a condition in which there is a chronic fullness or pressure in the bladder region.  This can cause great discomfort, pain, and other symptoms as well. The pain may not be confined to the bladder, but may also spread to other areas, including the entire pelvis, perineum and lower abdominal area.

There may be variations in symptoms. Sometimes, the condition may seem to be in recession, with no symptoms at all, while the symptoms may flare up at other times. The condition can also have a number of other side effects that affect the person’s health. The need to frequently urinate can keep the person up for much of the night, resulting in sleeplessness, fatigue and even depression.

The Social Security Administration does not have a separate disability listing for interstitial cystitis or bladder pain syndrome. However, if the impairments resulting from the condition are similar to listings that are already covered by the Social Security Administration, especially those that are listed as urological disorders, then there could be a strong case for a benefits claim.