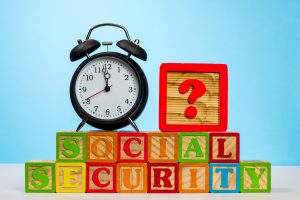 On June 17, 2019, the Social Security Administration (SSA) swore in Andrew Saul as Commissioner of Social Security, beginning a six-year term. He is the first Commissioner since Michael Astrue resigned in February 2013. The Senate confirmed his appointment in a vote on June 4 by a 77-16 vote, with 7 Senators not voting. All the votes against his appointment were from Democrats. Sen. Chris Van Hollen (MD) opposed his appointment, citing his unwillingness to committing to making meaningful changes to labor practices at the SSA. Following his confirmation, Saul said, “I am humbled by the opportunity to help the agency to deliver critical services to the American people.”

From 2002 to 2011, Commissioner Saul was Chair of the Federal Thrift Investment Board (FTIB). In addition to federal service, he has experience in state and local government. He worked as Vice President and Chairman of the Finance Committee of the New York Metropolitan Transportation Authority. He is a graduate of the Wharton School of Finance at the University of Pennsylvania. He also operated Brooks Fashion Stores and Cache, clothing retailers that declared bankruptcy after he left the companies.

If you have been denied disability benefits, there is still hope; contact this law firm to discuss possible next steps.